Charlie Hebdo, racist? Are you joking?

A lot of people all around the world are now looking at a little french comic newspaper – and totally misinterpret the jokes.

Last week in France, 17 people were killed because some idiots misunderstood some cartoons.

And after that, a lot of people around the world started to tell what they tought about the same cartoons. And a lot of them were saying « #JeSuisCharlie, but… ».

Is it true? Absolutly not.

What is Charlie Hebdo?

But Charlie Hebdo and Charlie’s catoonists has never been racist, or xenophobic, or homophobic.

Why do they target religions so much (all religions, and especially christianism)? Most of Charlie Hebdo’s cartoonists were and are anarchists, or have left-wing ideas. They believe that there is no god, and they believe in their right to say so, and they believe it is important to say so, and that it is needed to say so. Why? Because religions are still, nowadays, very important in everyone’s life, even in France. Religious views and morals still impregnate how we think about death and life, about abortion, about woman’s place in the society, about homosexualty, about so much things.

I wanted to debunk a few things about Charlie Hebdo, to try to explain why this people where doing that kind of cartoons, why they will carry one, and why some of you around the world will never understand why what they do is funny, even if you try with all your hearth. (And as it happen, other already did it for me, with better english and a lot of details. You can find greats and very argumented analysis here, and another here.)

So, are Charlie Hebdo’s cartoons racists and xenophobics? No, definitly no.

And humour is a volatil thing. A cartoon may seem simple, but you need a lot of things to understand humour, as you can see if you cliked on the first link above (here it is, again http://www.understandingcharliehebdo.com/ ).

So let’s try something stupid: let’s try to explain humor

Two month ago, I talked with Daniel Goossens. He is a french cartoonist, who got the Grand Prix de la ville d’Angoulême, one of the Nobel of graphism and comic arts. But he is more renowen than known, because he favor a very specific kind of absurd humour that not a lot of people like or understand. And he happened to be, also, a scientist specialized in Artificial Intelligence. We where at a french Sci-fi convention, and I asked him if one day, computer would be able to undestand a comic cartoon.

He gave me, as an exemple, this Gary Larson cartoon: 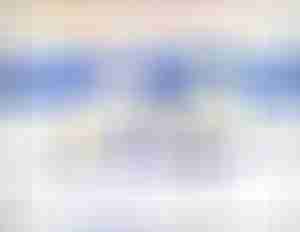 « Oh, hey! I love these things!….Crunchy on the outside and a chewy center! »

I’m not american. After a few researchs, I suppose that, for an american, this cartoon is funny because it’s a reference to the TV commercials for Daim, or other products, or because this sentence is now a kind of slogan even if no one remember where it come from.

But to understand why it’s funny, you need to know things about polar bears, about ice floe, about Inuit’s life, about modern food in western land, about commercials pop culture.

And peraphs you did not know that « eskimau/eskimo » is considered to be a racist word by inuit people.

So, is this cartoon racist? You choose. I don’t think so. But peraphs an inuit will think otherwise.

I think only french people who read a lot of french newspapers and follow french political life can fully understand Charlie Hebdo humor. It’s like South Park: as a french, I can undersand some of their jokes – but never all of them.

Charlie Hebdo cartoonists are aware of that. In 2011, I did an interview with Luz (one of the survivor of Charlie Hebdo, who drew this week cover). We were talking about « Charlie Hebdo’s 1000 covers », a big book were you can find the covers from the last 20 years (inluding this 20 religiously incorrects covers that I uploaded three years ago, after Charlie Hebdo fire-bobming, as a proof that Charlie Hebdo is not specificly against muslims, but rather against all organized religions).  And Luz said:

« (In this book), you can find some covers which seems a little strange, maybe impossible to understand today. Even for me. »

These cartoonists are (or were, for those who are now dead…) anarchists and anti-racists, and they were drewing cartoons in a print weekly newspaper, for leftist and anti-racists and anarchists french readers. There cartoons were never meant for pakistanis, malaysians or americans people.

If you are not a french leftist and an anarchist, peraphs you can’t understand that. Peraphs that their cartoons offends you.

But you know what? If that’s the case, then you were never supposed to look at them.

Communicating with everyone, but laughting with no one?

Charlie Hebdo is a french newspaper for french reader. It was not aiming for an international audience. For a very long time it did not had a website. Charlie Hebdo usually sold between 30,000 and 50,000 copy a week. That not a lot. That was not enought to sustain them. They needed money. And not a lot of people where willing to gave them this money, because they were not a lot of people interested by the kind of humor that they did.

Charlie Hebdo is doing jokes for friends, the kind of jokes you do only when you are among friends who can take the joke. As one of our top french humorist once said, « We can laught about everything, but not with everyone ». The problem, now, is that we live in a world where we are in communication with everyone. So does that mean we cannot laught about anything?

That would be the saddest of thing. 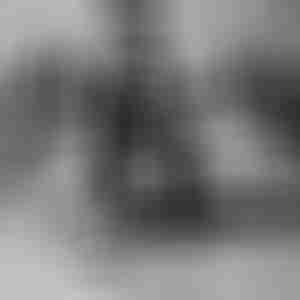 One of Charlie Hebdo's Une against all religions.

Charlie Hebdo's Cover published as a nod to the Jyllands-Posten Muhammad cartoons in 2006. A very clever cover, making fun of religious extremists, but (for once) totally respectfull of their religion.

One of Charlie Hebdo's Une about christianism, referencing a previous Une about islam.

One of Charlie Hebdo's cover about lesbianism who can be seen as homophobic - but who is actually making fun of promeinent french political leaders who are against gay marriage.

One of Charlie HebdoUne perceived as racist - but actually making fun of french people.